Can you see that bundle of twigs lining the poplars' hedge on my land?

They appeared randomly one very calm day (no wind for a change, unheard of). I was baffled. Why this random collection of sticks?

Then, I looked up and there, up in one of the poplars, I saw a magpie. We have two magpies living on our land. They are a couple and have been around as long as we have. I have no idea why magpies have such bad press as I really like ours. They are devoted to each other and share the hens' food with gusto.

Anyway, here is a photo of the poplar, look carefully 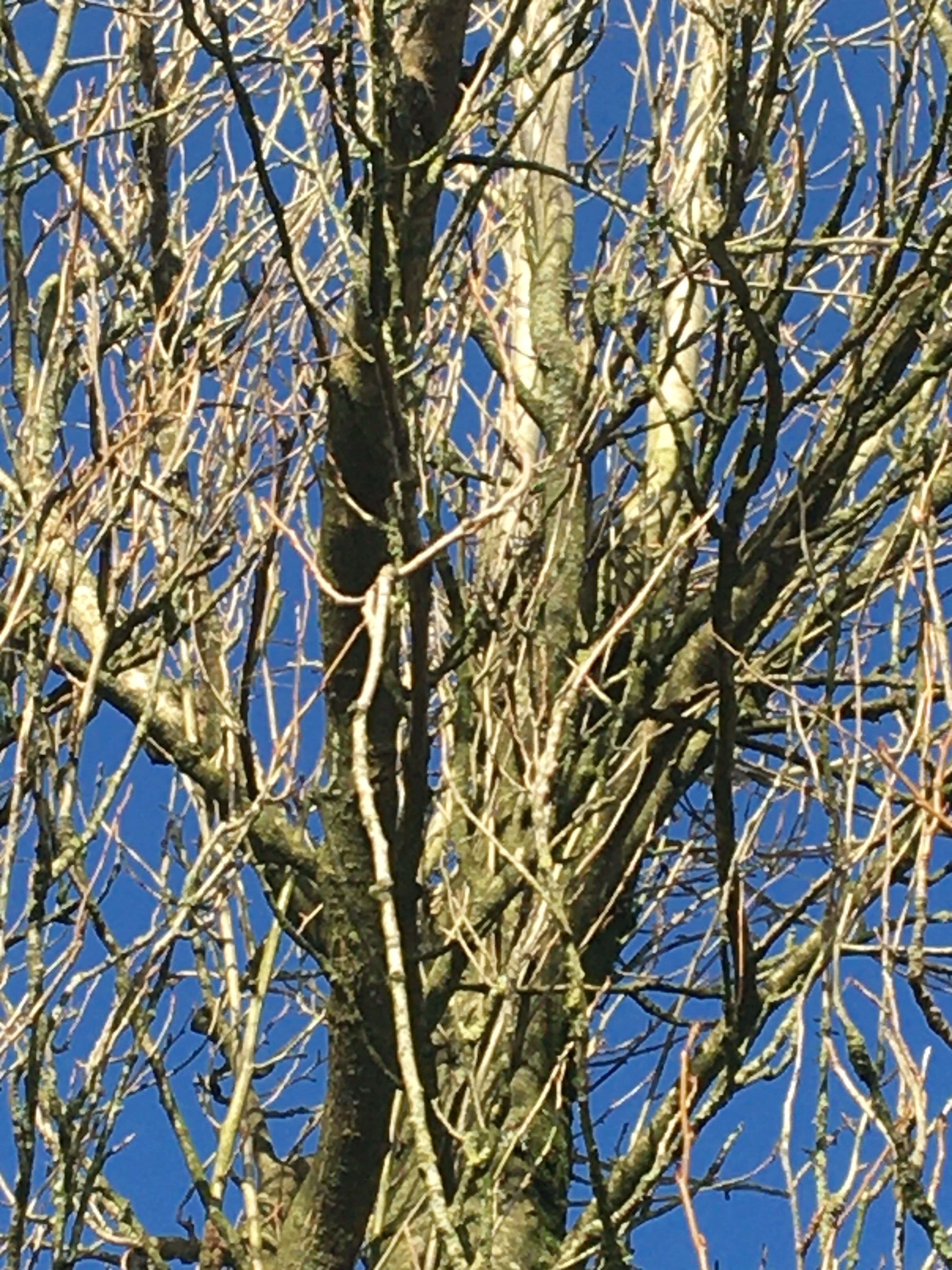 if you can see the beginnings of a nest being built on the right of the photo, you have won! What I saw was one of our magpies with a big twig in their beak, positioning it on the base of the nest and then picking it up and

dropping it on the meadow below!

Nest building is for February.

Not nesting, no, not yet

and throwing out of the nest the twigs that do not fit, not trying to make them fit thus destroying the nest in the process.

I learn so much from watching the land around me!

Because I did not have the courage to throw the wrong twigs out, the wrong advice, the wrong notions, the things that would not work for me and my precious idea. Because I was in too much of a hurry and forgot the building of the nest part.

To jump to the laying of eggs!

And then berated myself, because of course, nothing happened.

So this February, as the storms rage on the land, one after the other and also all around us,

Choose your twigs with care AND

Without a backward glance!

As ever, if you would like help with building your nest, I have three rare slots opening for new one-to-one clients. Do get in touch at www.baya.ie and we can chat.