So many seeds - Imbolc 2

So, I did indeed get all my packets of seeds out. They were hidden in all sorts of unlikely places. I put them all on the kitchen table, the whole pile of them. You can see how many there were in the photo.

I was astonished and decided to use EFT, my old friend, to try to unravel what was going on.

It is the way I work things out. EFT calms my mind down and facilitates my thinking.

And, I remembered, most of these seeds were given to me by other people.

Other people, friends, and acquaintances, did not want them anymore. They were going to throw them away but instead gave them to me.

And, instead of saying no, thank you very much but they are out of date, I took them in.

Not only that, but I tried to grow the seeds, tried to nurture them AND berated myself because they did not produce much or produced the wrong kind of stuff.

All that time was wasted, trying to grow other people's seeds, blaming myself and my lack of green fingers!

And I carried on tapping, because, in one corner of my mind, there was a little bit of an inkling. What this experience relatable in my wider life?

Then, I got it. How many ideas, stories, plans, notions, have I tried to follow, fulfill, execute, grow and they were not mine. Ideas that someone else, well-meaning or otherwise, thought would be good for me. You name it, clothes, food, diets, notions, jobs, websites, marketing plans.

I followed many of them, dutifully, tried so hard to do things that would make me miserable, lose me money, made me feel that I was lacking in talent.

And I would berate myself for failing to do them right!

But they were not mine so I could not get them right! See what I mean?

So I boldly threw away all the seeds that were out of date, all the seeds that I did not want to plant even if they were still viable and I did the same for the various projects and ideas that I was working on that were not mine, were not making my heart sing. I was pretty ruthless but what is left is absolutely mine!

And there are not so many! See photo!

I would love to know if this resonates with you and, if you are curious about this EFT Tapping thing, I am delighted to announce that I will be running an EFT Tapping for beginners workshop near Fethard on Sea in Wexford on Saturday 26th February from 2.00 to 4.30. Details to follow. Or get in touch on my website www.baya.ie 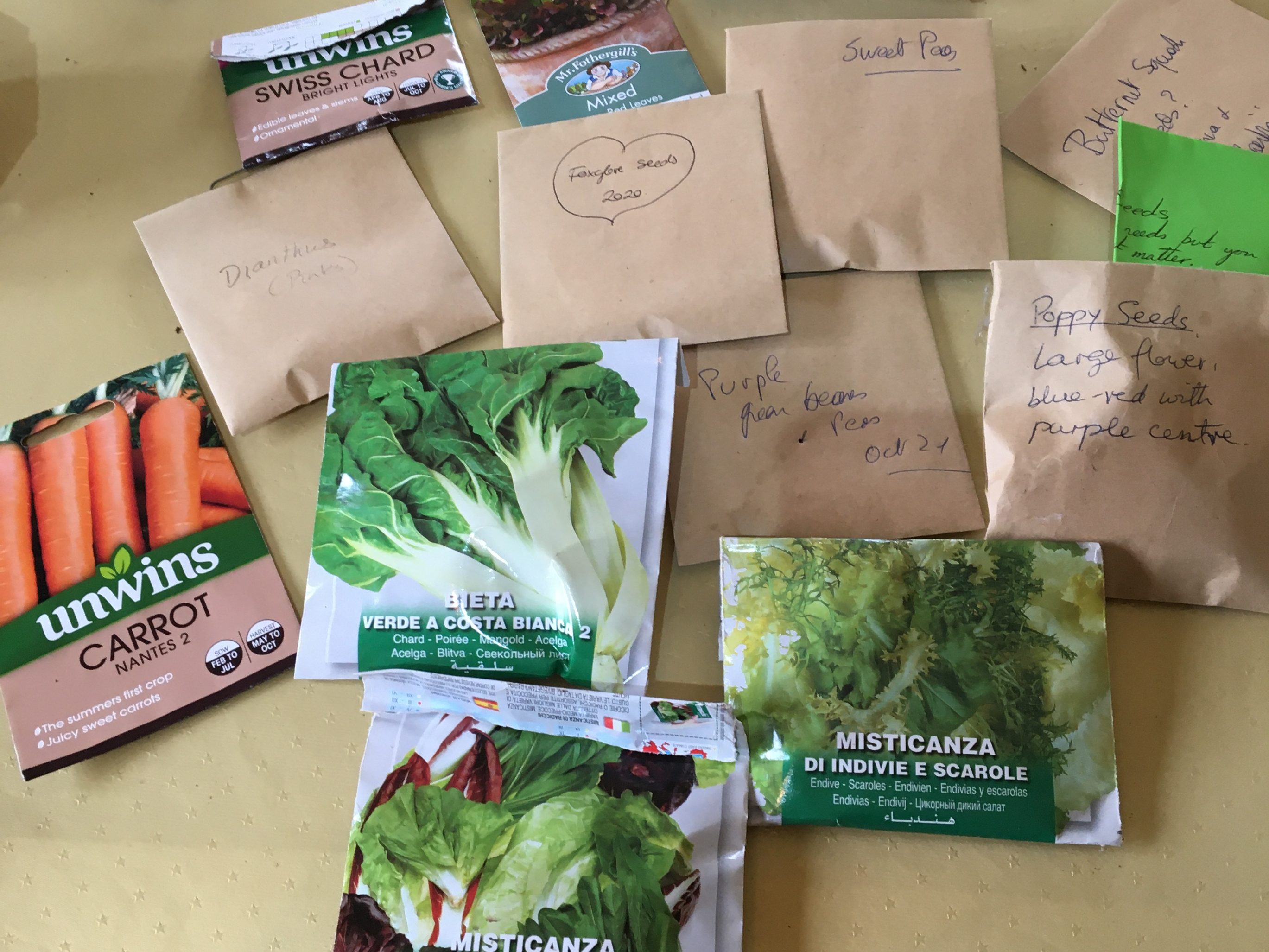